MEP Ilhan Kyuchyuk talks about BREXIT, Bulgarias Membership in the EU and the future of the European Union


Mr Kyuchyuk: What are your feelings, opinions and wishes concerning Brexit and the future relationship between the UK and the EU?

It is impossible for anyone that firmly believes in the European project to not to be saddened by Brexit. To see a country that twice shed its blood for the freedom of Europe leave, and to see a rise in the hate-driven, anti-migrant crimes in the UK is simply devastating. It was only a win for loud populism and national egoism, but should serve us as a wake-up call and a reminder to not take the European Union for granted. And for that we need to admit, that we need to reform it. Brexit happened primarily because of the double standards in Europe, because the country was allowed to choose cherry-pick the EU policies. If Europe wants to play a global role and have the support of its citizens that is what we need to fight for - end the double standards and renew it.


The 31st of January was a particularly sombre day indeed, yet we need to be respectful to the decision the UK took to leave our Union. That being said, we need to be firm in our approach and use the post-Brexit implementation period and the negotiations on a future relationship to come up with responses and legal assurances for the citizens and businesses on both sides of the Channel and try to minimize the insecurity and uncertainty that Brexit generated for the past 3 years.

The citizens’ rights have always been at the centre of our deliberations in the Renew Group, so we will continue insisting that they are a priority during the negotiations. I expect the United Kingdom to stay a close partner and ally to the EU as we are faced with common transnational challenges, and are bound by the same principled values and history. I also expect though, the EU to keep a firm position in defending our common interests and its standards - for consumer, data, climate protection, workers’ rights and I hope that the UK will continue to participate in some of the programs that benefit both our societies, such as the ERASMUS+ and the Horizon2020.

Mr.Kyuchyuk, please tell us what brought you to politics in general?


I got mesmerized by politics at a rather early stage in my life - I was still a student, when I started getting actively involved in politics. Including young people in the decision-making processes became a guiding idea for me, which led to becoming the president of the biggest youth liberal organisation in Europe - the Youth Movement for Rights and Freedoms in Bulgaria.

I wanted to lead young people into participating in the decision-making processes - in forming our future, the Europe we want to live in. I have always firmly believed that we need active citizens, ready to take charge of their own decisions, rather than letting others decide for us. That is why I got engaged in politics, and also why I have been always strongly campaigning for everyone to exercise their right to vote.

What are your main tasks in the European Parliament? Could you give us some insights into your work there (committee and delegation)?


I am a full member of the Committee on Foreign Affairs, Vice-president of the EU-Turkey Joint Parliamentary Committee and the rapporteur for the European Parliament on North Macedonia.

In addition, I am a substitute member of the Transport and Tourism Committee of the European Parliament. Other than the legislative work, which is typical for a parliamentarian, I could say that in a nutshell, my works is focused on finding bridges - between the EU, its neighborhood and the global world at large.


3) What do you think about the power of the EU Parliament? Do you see the process of the Parliament's strengthening as finished?


The European project is one in constant development and we could see that in the latest changes of the Treaties. It is true that the European parliament had its powers increased with the Lisbon Treaty, but it is still lacking some of the instruments, typical for a parliament democracy. One such tool is the right to legislative initiative, or the opportunity to initiate EU legislation when the Parliament deems this needed. I could give you a concrete example why this is important. In 2016 the European parliament supported an own initiative report by the liberal group for establishing a Democracy, Rule of Law and Fundamental rights mechanism, to monitor all member states instead of the patchwork of instruments in the field of rule of law.

Since then we have seen that indeed, article 7 TEU alone is not enough to safeguard the Union in case of systematic infringements on its core values. Yet, because the European Parliament has no right to legislative initiative, it needs to wait for a legislative proposal by the European Commission – even if the EP already in 2016 had a concrete idea on the matter. Only recently, in July, did the Commission come up with a Communication announcing its intention for establishing a Rule of Law Review Cycle leading to a yearly Rule of Law Report applicable to all the EU Member states. We are yet to see the specifics of a proposal that we are expecting to come from the European Commission – while, as I said, the European Parliament was ready with a proposal already in 2016.

4) What is your resume about the membership of Bulgaria in the European Union?


Twelve years after we joined the EU, the pro-European sentiment is still very strong in Bulgaria. That is understandable, not only because we were amongst the last countries to join, but also because this has been a dream for generations. For our parents’ generation joining the EU was the equivalent of freedom. For us, it meant equal opportunities. Joining the EU was such a powerful symbol that it turned into a cross-party, national cause. Since the accession, a lot has been achieved but Bulgaria needs a new strategic vision in completing its European integration and finding its proper place and role within our common Union of values. Twelve years on, we now have a government with the participation of extereme-right populists that tries to polarize society, using divisive language. We are still not members of the Schengen and the Euro zone.

There is still difference in the quality of products available in the Eastern and Western member states. Finding answers to these challenges needs to become Bulgaria’s task. Twelve years later, we need a new strategic unifying cause to fight for, and I believe catching up with the old member-states and completing our integration could be precisely that.


5)What are the main challenges for the European Union in the upcoming years?


There are numerous challenges ranging from climate change, to securing a stronger voice for the EU at the global stage, adjusting to the new geopolical setting, migration, finding an answer to the rising populism and hate speech, completing the single market. Yet, in my view, the biggest challenge to the EU is the one that comes from within - namely the necessity for the Union to reform itself. In order for the EU to answer to the expectations of its citizens, we need to get the political will for changing how the EU works.

That is exactly why the centrist group at the European Parliament that I am a member of insisted so vocally on establishing a conference on the future of Europe, which the new President of the European Commission, Mrs. Von der Leyen agreed to commit to. This realization was also the reason why the group took its current name - Renew Europe. I believe it is a challenge we can overcome if working together. 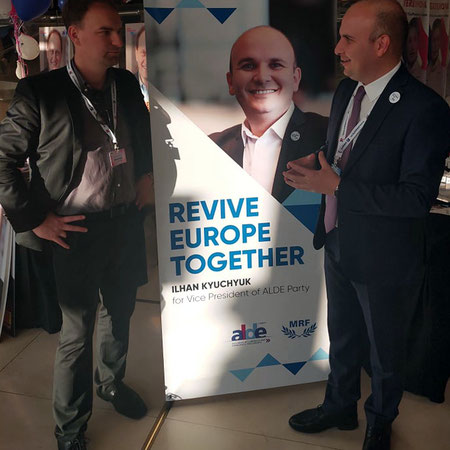 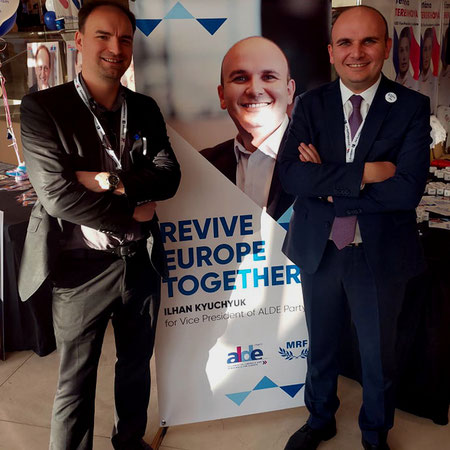 Updates on Ilhan Kyuchyuk's work at the European Parliament (LINKS)